Where do the fashion trends and clothing items we wear come from? I mean, why do we wear skinny jeans over mom jeans or turtle necks over scoop necks. How did the items that make up this billion-dollar, celebrity-endorsed, season-changing industry come to be?

The answer isn’t all that simple. It comes down to personal taste, subcultures, bizarre styles concocted by fashion week designers, not to mention the practical factor of the bloody weather.

So for all those who have ever asked the question, why businessmen are expected to wear ties? Or, why are all the old blazers at Vinnies beefed out with shoulder pads? I have found some answers. Here are the social origins of some ingrained fashion trends and how they’ve transformed with time.

Denim was invented by Jacob David and Levis Strauss in 1873 as a material suitable for gold miners who needed durable work clothes. 140 years later, I wonder what David and Strauss would say about the ripped-up mum jeans worn today.

While depictions of high heels date back to ancient Egypt, these shoes became popular in 15th century Persia when worn by male equestrians whose heeled shoes helped them secure a stance in the stirrups when shooting bows from horseback. Persian messengers took heels to Europe where aristocrats realised they could keep you clean from the filthy grounds of renaissance cities. At the time, this extra height gave men a more dominant and ‘scary’ appearance. In the 17th  century, women began wearing heels. Everyone wore them for a century until men decided they were impractical. Women powered on until the French Revolution when heels were deemed the epitome of superficiality and they fell out of fashion for a long time. Many years later, photographers realised heels made women’s butts look good. The rest is history.

Ever asked yourself why the hell neck ties exist? What purpose could they possibly serve other than making the wearer hot and uncomfortable, or as a means of bragging rights for those who can successfully knot a Windsor tie without a Youtube tutorial? The necktie is believed to have originated during the turbulent times of the 17th century. King Louis XIII hired Croatian mercenaries who wore a piece of cloth around their neck as uniform. While the cloth pieces didn’t serve a function, they provided a decorative effect that Louis was particularly fond of and soon made a mandatory accessory for royal gatherings.

The original bomber jacket was created for US and European armed forces during WWI when airplanes didn’t have enclosed cockpits and pilots needed garments to keep them warm. The US Army began distributing heavy-duty, fur-lined leather jackets that evolved to have knitted collars that wouldn’t get in the way of parachute harnesses. Then cost-saving, easy-to-clean nylon replaced leather because of how it manages to keep the pilot dry inside and moisture out. Originally dark blue, they switched to a more camouflaging green during the Korean and Vietnam wars. The jackets were sewn with a signature orange lining that could be exposed in the case of a crash.

The American company Dobbs Industries began producing MA-1 bomber jackets for the US Army in 1963 and sold the surplus to the general population. As the bomber became more of a fashion item, its woollen collar was replaced with acrylic to protect against domestic insects.

As featured in movies like Trainspotting, the jacket was appropriated by working class English skinheads and punks in the ‘60s to the ‘80s who daringly dyed them burgundy and paired them with skinny jeans and Doc Martens. At the time, they were also adopted by London’s gay community to subvert hyper-masculine homophobic oppression. At the turn of the millennium, the look was revived by designers like Helmut Lang and Rick Owens, and later, a collaboration with Kanye’s Yeezy saw sales of the jacket skyrocket. 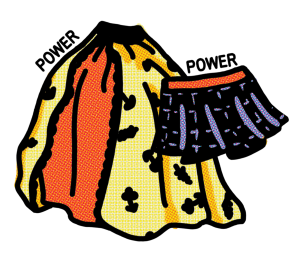 The second oldest clothing garment only to the loincloth, the skirt was the standard garment for women and men in most ancient cultures. At the time of the French and Industrial revolutions, tailoring techniques became more refined and trousers became the definitive clothing for men while it remained essential for women to wear skirts. Before the Industrial Revolution, women wore their skirts long as a mark of both modesty and prestige, as fabric was expensive. As women joined the workforce, shorter skirts were more practical and the hem rose from ankle to calf length. A defining moment in the history of the skirt was during the ‘60s when Mary Quant brought hemlines up a few inches and the mini skirt arrived. 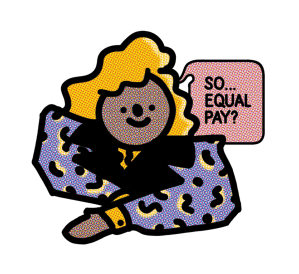 Shoulder pads were originally invented as a protective layer for American football players in 1877. Inspired by the surrealist art movement known for featuring trompe l’oeil (trick of the eye), Italian fashion designer Elsa Schiaparelli experimented with silhouettes and illusions. In 1931 the designer brought shoulder pads to her fall/winter collection. During WWII, women entered the workforce and other arenas previously dominated by men and female clothing took on a more masculine energy. It became common for shoulder pads to be added to daywear to create a bulking effect on a woman’s narrower frame. After the war, hyper-feminine fashion returned and it wasn’t until the ‘80s when everyone from politicians to Hollywood stars donned this trend.